Beyond Cyberpunk: A Do-It-Yourself Guide to the Future 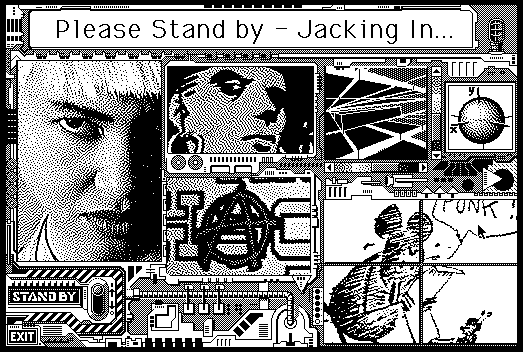 Beyond Cyberpunk: A Do-It-Yourself Guide to the Future

Beyond Cyberpunk: A Do-It-Yourself Guide to the Future" (1991) Five Floppy

Here is a link to an online version (greatly expanded upon the original):www.streettech.com

Here is an excerpt from the preface:"When we began Beyond Cyberpunk! (BCP), there was no such thing as the WorldWide Web. Hypermedia programs like Apple's HyperCard were the only way toinexpensively deliver hypertext with linked sounds, images, and animation. Wesaw in HyperCard the opportunity to create a compendium of all thiscybercultural output. We wanted to map the territory, but to do so in a waythat allowed the user to explore her own links and interests. We tried to cramin as much material as we could, covering everthing from high-brow crit theoryto sci-fi lit and films to the wired worlds of hackers/crackers and the zinepublishing scene which was starting to move into cyberspace. The result was a5.5 megabyte "connect-the-dots" cyber-manifesto. In 1993, we followed up thefirst BCP stack with a one-disk update."